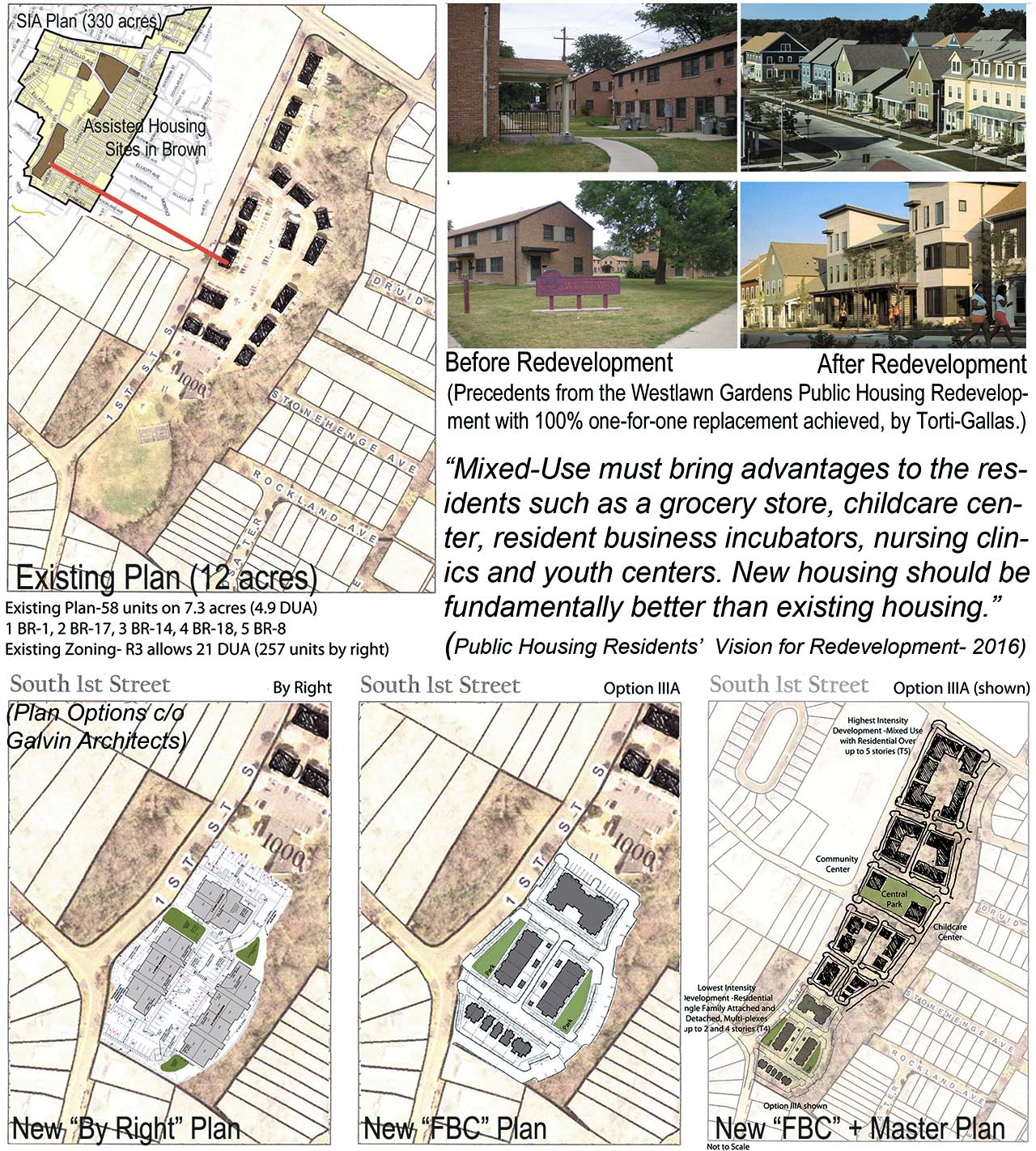 “There will be at least one-for-one replacement of all affected units.”
(Residents’ Bill of Rights for Redevelopment in the SIA Plan, adopted by City Council, February 2014)

“Mixed-Use must bring advantages to the residents such as a grocery store, childcare center, resident business incubators, clinics and youth centers. New housing should be fundamentally better than existing.”
(Public Housing Residents’ Vision for Redevelopment- 2016)

Community Planning and Design “Best Practices” Part 5: Substantiate Your Claims If a blanket up-zoning without conditions for affordable housing and … END_OF_DOCUMENT_TOKEN_TO_BE_REPLACED