Galvin Architects (with Cooper Planning) was hired to design a replacement façade for 219 West Main Street, after the owner’s representative had mistakenly demolished the previous façade built in the1940s. Given that the era of the host building was actually circa 1920s however, the new facade designed by Galvin Architects was in fact, more in keeping with the style of the 1920s. As one journalist put it, “Has an un-permitted demolition led ironically, to a more historically accurate facade?” 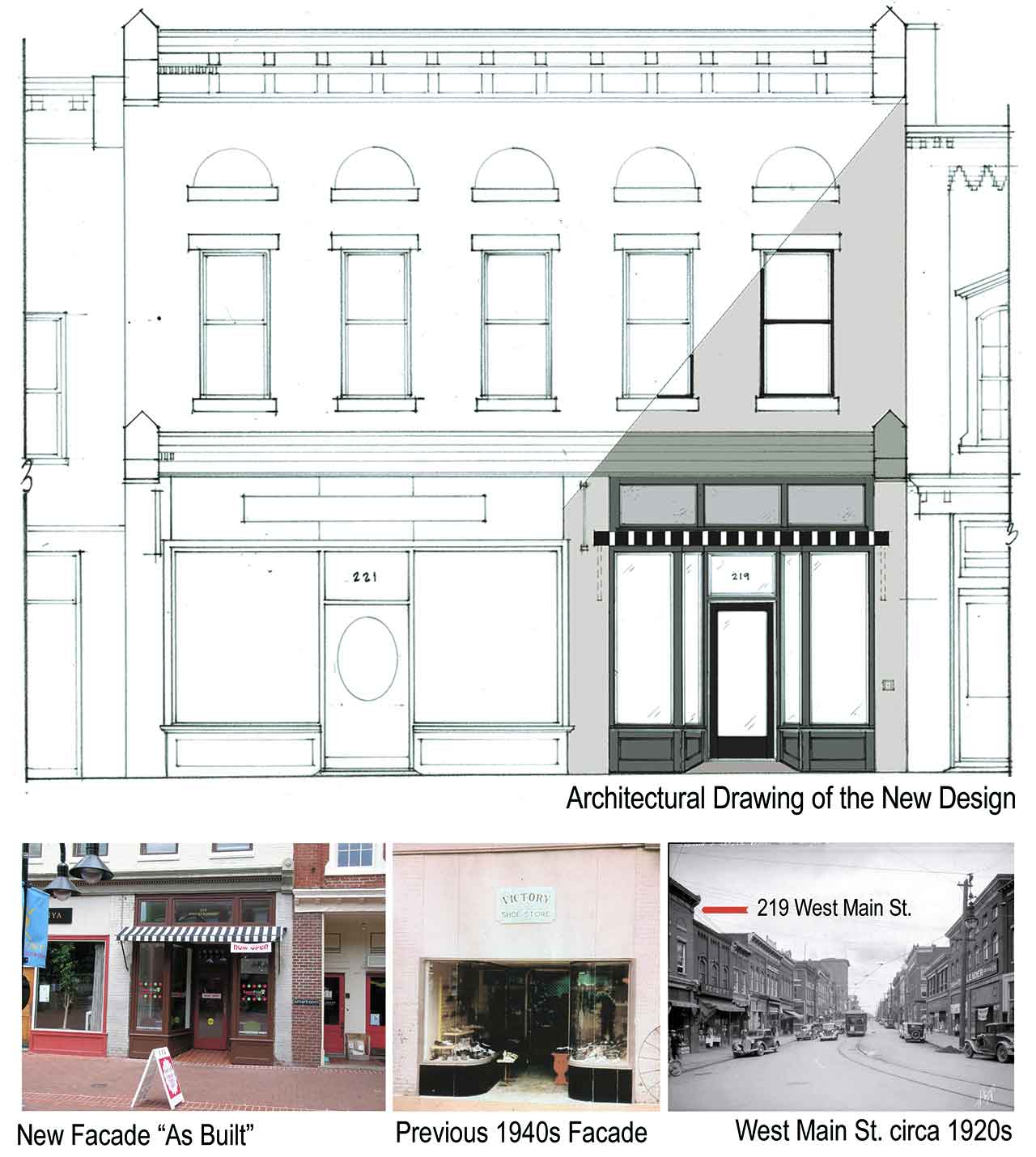 Community Planning and Design “Best Practices” Part 5: Substantiate Your Claims If a blanket up-zoning without conditions for affordable housing and … END_OF_DOCUMENT_TOKEN_TO_BE_REPLACED